India is one of the world’s biggest markets for LED bulbs and lighting and boasts of the biggest led light top brands. India’s LED light penetration market is expected to reach 57 percent by 2022, according to estimates.

India has established itself as a key participant in the fight against global warming. It has pledged to reduce its carbon impact at successive UN sessions. While this is a large story, it will only be completed if little steps are done. One such tiny but major undertaking is India’s transition to LED illumination.

Let’s be honest. This brand has been a part of your life since you were a child. Philips is a Dutch company, yet it considers India to be its most important market for LED lighting. Manufacturing units are located in Chennai, Pune, and Himachal Pradesh. It is one of the most recognized and relied upon LED lighting brands among consumers.

The company claims cutting-edge technology and a diverse selection of LED lighting solutions for the Indian market. It offers a diverse array of LED lights, which means that Phillips has an LED for everybody. In addition, the company is a world leader in LED lighting. And it has made certain that all of its worldwide knowledge and expertise is available for its goods in India.

German engineering is valued. The Germans are often regarded as having the greatest minds for designing machines of all types. So, what happens when a German business decides to set up shop in India? Simply said, you get solid German engineering, which guarantees hassle-free LED illumination. Osram India, a wholly-owned subsidiary of Osram GmbH, provides its clients with a diverse variety of LED lighting solutions.

The firm has succeeded to manufacture LED lights for India, in India, with production units in Sonepat and Kundli. Osram India provides a solution for all your LED lighting needs, from indoor LED modules to external modules; from lights to general illumination.

Here’s an interesting fact: Havells has 14 separate production facilities in India alone. You may be familiar with the corporation from the iconic cable advertising that claims Havells’ cables never catch fire. That speaks volumes about the company’s quality control. Havells is a newcomer to the LED lighting industry, having begun manufacturing LED lights in 2010. And in that little period, it has established itself as one of India’s greatest LED lighting firms. Havells’ LED lighting options include mentioning a few, spot lights, lamps, and ceiling lights.

If you’ve ever driven a Bajaj vehicle, you know how durable and long-lasting they are. Bajaj ( Bajaj Electricals ), is the leading manufacturer of fans, lights, and home appliances, fortunately for all of us, when the company decided to create LED lights and luminaires, it took the same production principles with it to give the greatest product possible to its customers. The firm has almost 7 decades of lighting industry experience, which is evident in its LED lights. Like its two and three-wheelers, Bajaj’s LED lights have a long lifespan and are among the best in India. Bajaj is unquestionably one of the Best LED lighting companies in India.

Bajaj is one of the most well-known LED light manufacturers, with products that are both durable and long-lasting. Landscape light, Flood light, Flexi Strips, Bulbs, Downlight, Spotlight, Tube Light, High Bay Luminaires, and Spotlights are some of Bajaj’s LED products.

In 2005, the firm celebrated a century in the dry cell battery market. This demonstrates the dependability and superior quality products. And when Eveready chose to enter the LED lighting industry, it was enthusiastically embraced by its loyal client base. With LED lighting solutions as extensive as the Amazon River, the firm effectively meets both urban and rural demands.

SYSKA demonstrates that you don’t have to be a century-old corporation to sell stuff. The company, headquartered in Mumbai, is just around two decades old, but in that little time, it has amassed a sizable market share in LED lighting. You might recognize the brand from its amusing advertisements with Indian actor Irfan Khan. Even without them, though, the firm is one of the best LED lighting companies in India. SYSKA has succeeded to capture millions of eyeballs for all the right reasons with clever innovation and reasonably priced goods.

Moser Baer, a world leader in the production of CDs and DVDs, chose to enter the LED lighting market. The firm, which is reportedly valued at Rs 19,000 crores, has also agreed to conserve 50 MW of energy over the next two years. To keep its promise, the firm provided a wide choice of efficient LEDs that did the job without putting a strain on the customer’s power cost. We all know that LED lighting is possibly the most energy-efficient means of lighting today, and it’s great to see prominent corporations like Moser Baer spreading the word about it.

Surya ( SURYA ROSHNI LIMITED, headquartered in Delhi ) is one of India’s largest LED producers, with 50 distinct products now available in the Indian market. Surya, on the other hand, has claimed that it would introduce 50 new items in the future years, indicating that it is a forward-thinking corporation. Surya LED bulbs deliver the finest output as well as the longest life. Furthermore, they may save up to 90% of the energy. The company’s NOIDA manufacturing factory is one of the most advanced in the country.

What better way to round out the list than with a well-bred Indian firm? Kwality is the first Indian company to begin LED production in India. Furthermore, it has the largest market share in the LED lighting sector of any domestic company. The firm, which was founded in 1966, is a high-quality maker of LED bulbs and LED displays.

These lights are well-known in India since they are inexpensive, of high quality, and provide adequate lighting. Tube lights, LED bulbs, street lights, table lamps, garden lights, and decorative lights are among Halonix’s LED lighting products.

These goods are intended to improve people’s lives, and they have emerged as the most promising LED lighting firms for the year 2021. Bulbs, Spotlights, Table Lamps, Flexi Lamps, Street Lights, Garden Lights, Decorative Lights, and Down Lights are among PolyCab’s LED products.

LED lights consume 90 percent less electricity than traditional light bulbs when compared to others since they are densely packed with energy. LEDs contribute to decreasing electricity bills. LEDs have a longer life lifespan, which implies fewer maintenance costs.

These LED lights are composed of non-toxic materials and are recyclable, making them green and eco-friendly. They also save energy since they use less electricity. These lights also emit very low amounts of UV radiation, making them environmentally friendly.

1. Which is the best LED light brands in India?

All of the brands stated above are great for LED lights, however, Philips, Havells, and Syska are the Top LED bulb brands in India 2022.

2. Which brand of LED tube light is best?

In our opinion, the Syska LED tube light is the finest since it uses less than 80% less power than others.

3. Which LED light is best for the eyes?

Warm lights are the greatest for the eyes since they contain filtered natural light that is beneficial to the eyes.

Remember that the greater the rating, the better the light items. This is a question of personal choice and use.

5. Which company’s LED lights should one choose for a house?

All of the above are the top most popular LED brands in India that you can utilize in your home.

LEDs are less likely to attract insects and spiders since they don’t produce as much heat as ordinary light bulbs. If you’ve seen insects around your strip lights, clean the area and apply insect repellents like citrus and cedar-scented sprays to keep them away.

7. How to calculate power consumption of led lights?

8. How to decorate room with led lights?

LED strip lights may be approached in a variety of ways. The first suggestion I have is to put them on the wall behind the headboard. The refracted light, which is hidden in the headboard, makes the top of the bed more three-dimensional and gives the space a warm and romantic feel.

That’s all there is to it. LED lighting has evolved as a popular method of conserving electrical consumption. The Indian government is making every effort to educate people about the advantages of using LED lights. And at such circumstances, the importance of these enterprises cannot be overstated, as they serve as critical supply networks as LED demand in India rises.

This site uses Akismet to reduce spam. Learn how your comment data is processed.

Smartwatches Vs Smart Bands: Which one is a value money product?
Mar 27, 2022 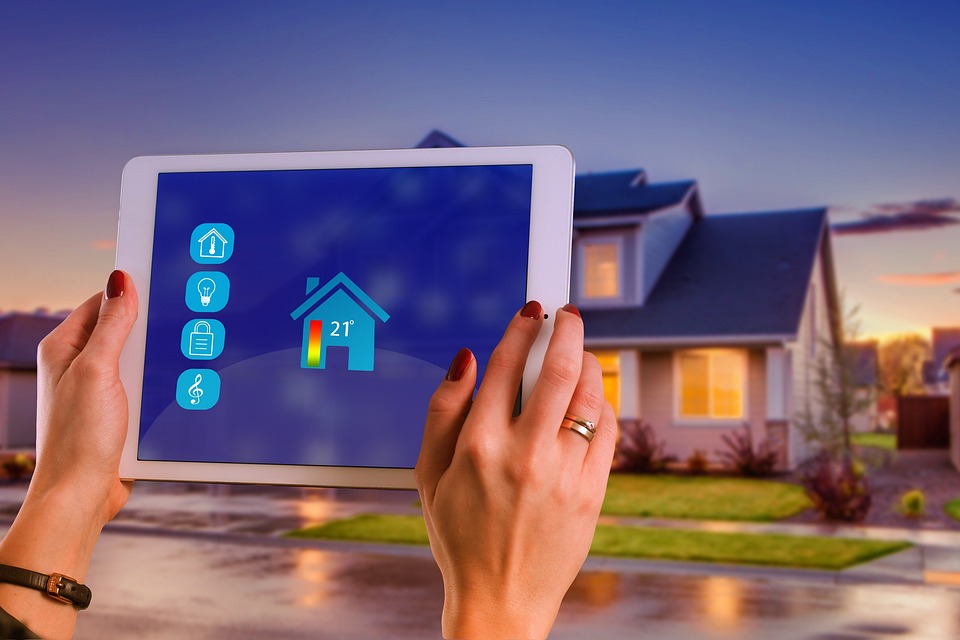 What Everyone Should Know About IoT Smart Home
Feb 17, 2022